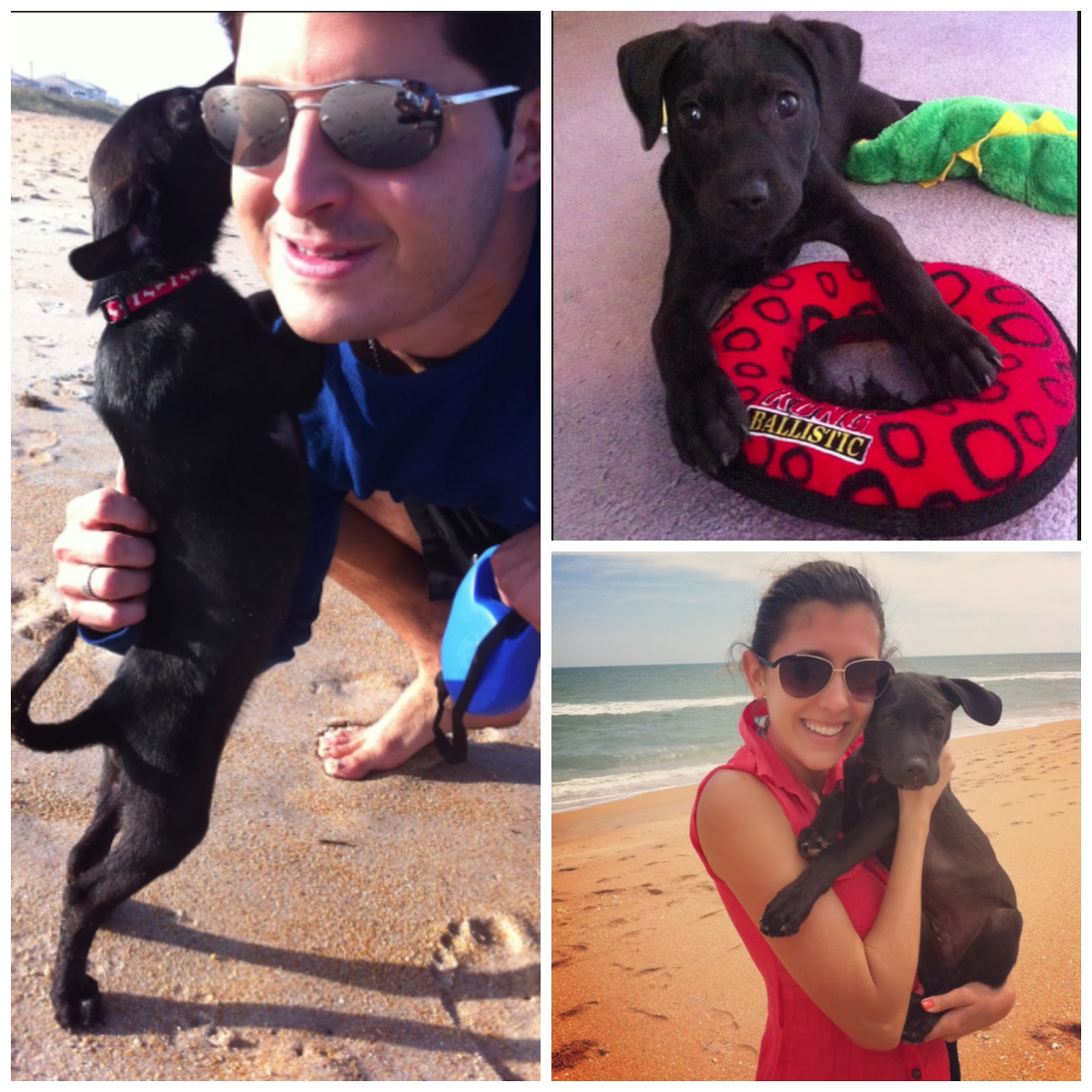 We went to Petsmart over the weekend to get him some more toys. Besides a toy, what do we come back with? A PUPPY!

One of the local rescue groups had a ton of puppies. V came across a 4 month old black lab/shepard mix. His mom, brother & him were found in the Everglades less than a month ago. He's a little beat up - dandruff, horrible cough, lost hair, etc. There was a sign on his crate that said they were looking for foster homes for him and his family. (Ironically, V & I were talking about fostering earlier in the day.) 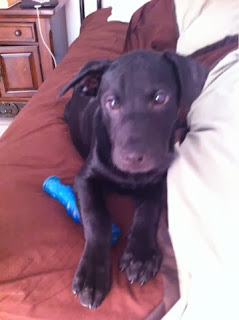 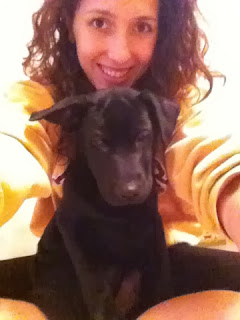 So...we are fostering a cutie patootie! The name the shelter gave him was "Carl" - but - we're not fond of that name...it's my uncle's name, so it's strange!

I think we are going to keep him. Chewy & him are getting along so well. V has already started calling him "Chance." We have until Saturday to decide...but...my heart says yes, Chewy's heart says yes & V says yes. We are all so in love. Chewy's being a great big brother! 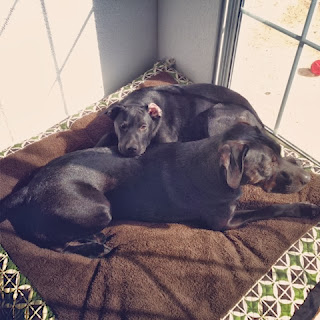 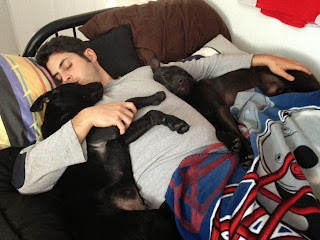